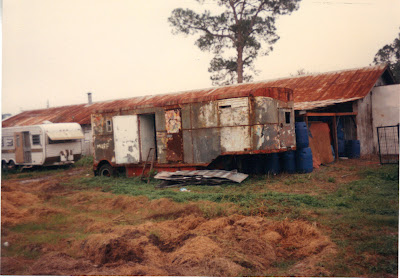 Many of you know, but if someone does not, the last show to use the King Bros. title was owned by the Acme Circus Corporation. They also owned the Sells & Gray Circus and the Clyde Beatty-Cole Bros. Circus at the time. All three circuses shared the same Deland, FL winter quarters. Years after the last performance of the King Bros. Circus, William Prickett visited the quarters in 1993 and found these old King Bros. Circus trucks still there.