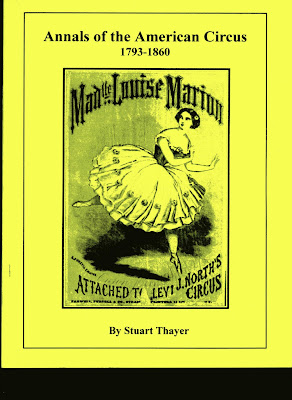 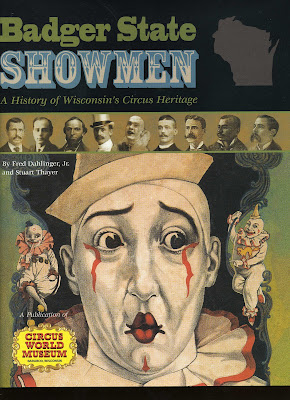 I am greatly saddened to let you know of the passing of Mr. Stuart Thayer. He was probably the most prolific Circus Historian in dealing with 19th century shows. He authored Traveling Showmen, the Annals of the American Circus 1793 - 1860, and co-authored Badger State Showmen among his writings. He authored well over 50 articles and at least seven books.

I recieved this from Richard Reynolds III -
Sad news. This just in from Stuart's wife, Boyka Thayer.

We've lost the greatest of all circus historians.

For those of you who may not have heard, Stuart had been quite ill for some time. However, of late he had started moving around using a walker. He was making a trek to a nearby village area when struck by an automobile, suffering multiple fractures - - ankle, leg, and ribs. At the hospital he had been unable to breathe on his own and was on a respirator.

So now he has gone on to the great lot in the sky where he was no doubt warmly greeted by his old circus history colleagues - -among them Tom Parkinson, Orin King, Joe Bradbury, Bob Brisendine, Dick Conover and others who led the way in the learned pursuit of our shared passion.