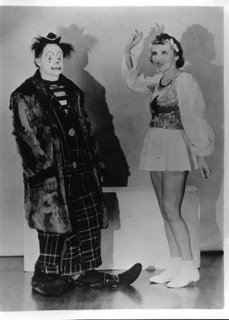 This is Bill and Genieve Lerche. Bill met Gen in Upper Sandusky, Ohio on July 4th, 1924 while he was performing with another performer named Betty Zenaro. Betty and Gen had grown up together. Bill and Gen were married in January of 1926. Betty later married Fred Leonard. Betty Leonard and Gen Lerche remained close friends throughout the rest of their lives. Bill and Gen performed up till 1941 when the depression had hurt everyone the worst and settled in Bellevue, Ohio.
Posted by Bob Cline at 10:02 AM